The Power of Public Art

Public art is everywhere and has been around for centuries. Greek cities were early advocates of religious and social art (predominantly sculpture), that was viewed and appreciated by the community at large. A supreme example of public art in Ancient Greece is the Parthenon (c.447-422 BCE) on the Acropolis at Athens. Other examples of public art origins are the Egyptian pyramids, the ancient temples in South America, the European great works that came out of the Renaissance, and the Asian nations with their unique art, music and architecture style.

The first public art in America came about under Franklin Roosevelt’s New Deal, which created in 1934 the Treasury Department’s Section of Painting and Sculpture. The program commissioned artists through competitions to create high-quality art for federal buildings, many of which still adorn the walls of post offices. The program identified public art as essential and put hundreds of artists to work. 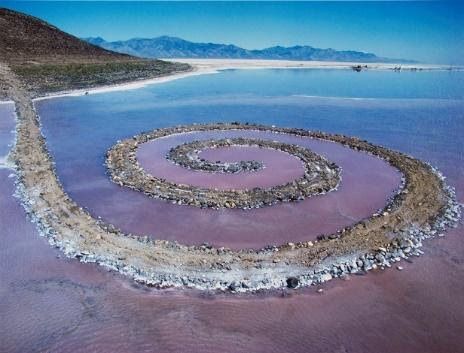 Spiral Jetty is an earthwork sculpture constructed in April 1970 that is considered to be the most important work of American sculptor Robert Smithson. More than 400 vehicles per day traveled to the Land Art site when lock down restrictions went into effect in the state in late March, of 2020. Prior to the pandemic, the site averaged 140 vehicles around the same time in other years. 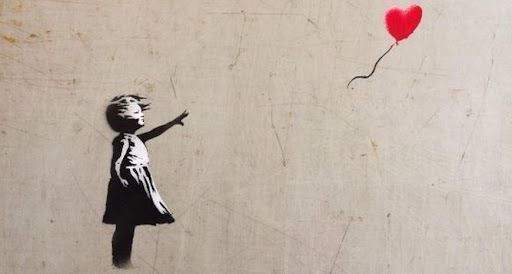 Girl with Balloon (also, Balloon Girl or Girl and Balloon)

Girl with Balloon (also, Balloon Girl or Girl and Balloon) is a 2002-started London series of stencil murals by the graffiti artist Banksy, depicting a young girl with her hand extended toward a red heart-shaped balloon carried away by the wind. The locations for this work include Waterloo Bridge, and other murals were around London, though none remain there. Banksy has several times used variants of this design to support social campaigns: in 2005 about the West Bank barrier, in 2014 about the Syrian refugee crisis, and also about the 2017 UK election. A 2017 Samsung poll ranked Girl with Balloon as the United Kingdom's number one favourite artwork.

Fayetteville recently got on the graffiti bandwagon with a major project called “Sprayetteville Street Art Festival,” with a sub-theme of social realism dealing with contemporary social issues.

Nine murals were created by 11 local and regional artists – all painted within one week. 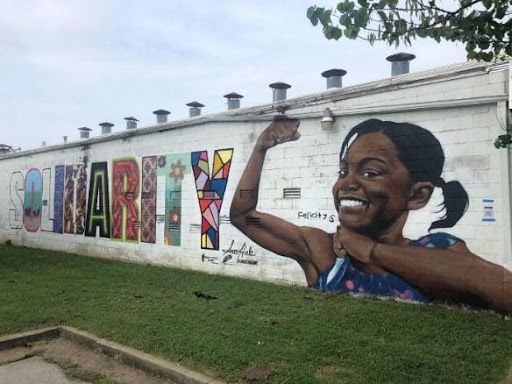 Mural by Samuel Hale. Painted as part of the 2020 Sprayetteville Street Art Festival.

Public art is a key driver for tourism – the #2 industry for Arkansas generating in nearly $8 billion in revenue. Cultural tourists seek out public art trails to get a sense of the community, its history and people. Public art in the form of performances and festivals are major attractions for tourist and locals alike. Tourists who travel for arts and cultural experiences spend nearly 1/3 more than leisure-only tourists.

Public art has exploded all throughout Arkansas over the past several years. The renaissance of muraling is reminiscent of the New Deal program and marks a new move toward creative place-making, offering lively messages, some contemplative, some whimsical, about a town’s culture.

In the case of Fort Smith – public art was all about economic development. In an effort to reverse Fort Smith’s declining economy, The Unexpected project brought international artists to town to offer contemporary art in all its forms — musical and dance performances, installations, sculpture, lectures, painted houses and a “universal chapel” in addition to the murals — and is complemented by mural painting class at the University of Arkansas at Fort Smith. The project was just the stimulus Fort Smith needed to build a vibrant downtown district known as 64.6.

Thousands of public art creations in a variety of mediums can be found in literally every city, town and countryside in Arkansas. There are over 150 public art pieces in Eureka Springs alone, including the historic WPA mural by Louis Freund! Look carefully as you travel through every county in the Natural State – you might find an installation of the Arkansas Quilt Trail on an abandoned barn in the middle of nowhere. 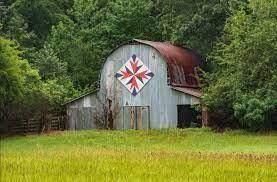 Public art is found in some delightfully unexpected places through out Arkansas, like the Welcome Home quilt block at 89 Calfneck Road in Perryville. (Arkansas Democrat-Gazette/CARY JENKINS)

“Public art adds enormous value to the cultural, aesthetic and economic vitality of a community. It is now a well-accepted principle of urban design that public art contributes to a community's identity, fosters community pride and a sense of belonging, and enhances the quality of life for its residents and visitors.”

1. It’s public! Everyone has access to public art. It’s directly in the public sphere and not confined to galleries or museums.

4. It provides professional opportunities for artists and cultivates an environment in which the creative class thrives.

6. It’s an investment in place making—measured by livability and quality of life—that also engenders community pride.

7. It connects citizens to their neighbors and their shared history through documentation and celebration, and makes cultural heritage a tangible community asset.

8. It enlivens places where people work, which can improve employee morale, productivity and respect.

9. It creates supportive learning environments. It opens eyes—and minds! It attracts students to environments conducive to both learning and fun.

10. It raises public awareness about important community issues, such as environmental stewardship and respect for diversity.