In an effort to represent the diverse communities across Arkansas and address each community's needs, the Arkansans for the Arts Board of Directors should strategically include two members from each region. Regional designation is in alignment with the Arkansas Arts Council regional map.

2019 OFFICERS AND BOARD MEMBERS

ARKANSAS FOR THE ARTS DISTRICTS

Note that they differ from legislative districts. Arkansans for the Arts is built on this statewide model of representation. 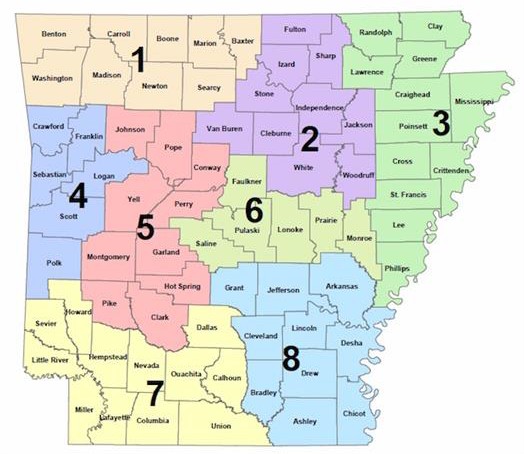 Should you wish to nominate an Arts advocate leader in your community to be considered for Arkansans for the Arts Board of Directors position, please contact us.