By Kathryn Tucker, Executive Director of the Arkansas Cinema Society

From my perspective as a working film crew member (as opposed to an above-the-line hire ie. director, screenwriter, producer), having an easy-to-use, competitive state film incentive is the first step in building a film economy outside of the major film hubs, like Los Angeles and New York. Film incentives can come and go, but as someone that has spent months at a time away from their family to work in another state like Louisiana, Oklahoma or Georgia, any time spent working at home is better than none.

Remarkably, Arkansas was one of the first states to ever offer a film incentive. Luckily, it is not the first state to offer a film incentive as a tax credit so, the Arkansas Cinema Society had the luxury of looking to other states like Georgia and New Mexico, that have created sustainable film economies to help Arkansas develop the right formula to make incentivizing the film business a net positive for both production companies and the state. With HB1743 (now Act 797) the Arkansas Cinema Society sought to amend the current film incentive offered by Arkansas to include a transferable tax credit, in addition to the unfunded film rebate currently offered by the state.

The current rebate program that has existed in Arkansas since 2009 is not subject to change with this act, and was critical to developing the film community we have today in Arkansas. Major networks like HBO, Discovery Channel and the Hallmark Channel are already producing films and TV shows right here in Arkansas. All funds for film incentives over the last 10 years have come out of the Governor’s Quick Action Closing Fund. The rebate is a cash outlay, is not guaranteed, and is offered on a project-by-project basis based on availability of funds.

This model works well for a couple of small film productions a year and one big production like True Detective Season 3 or Mud once every five or so years, but the inconsistency makes it virtually impossible to create a sustainable film crew base. Without back-to-back productions, all the film crew have to move to find work once the project is over. Most states cannot afford the cash outlay needed to consistently support millions of dollars of production with a rebate. That is why many states like Georgia, New Mexico, New York, and New Jersey have turned to the film tax credit model because it enables the state government to be able to afford to consistently incentivize more projects every year, thus creating sustainable, back-to-back jobs for film crews living in their state.

Movies bring in substantial new tax revenue for the state. The benefits of film production are undeniable. HBO’s True Detective Season 3 shot in Northwest Arkansas in 2018, and an economic impact study showed a $100-million-dollar economic impact where they filmed in addition to the creation of more than 1,000 hires.

Because movies generate new revenue, the tax credit comes out of revenue that wouldn’t have existed had the movie not filmed there in the first place. By 2012, Georgia realized they were essentially capping their own ability to create new revenue, create good paying jobs, market their state, and promote tourism so they uncapped their film tax credit – resulting in $2.9 billion in direct spending in the state and an $80 billion economic impact in 2019.  Most universities and colleges in Arkansas now have budding film programs – and they are growing. This bill is about creating job opportunities to keep our talent at home in Arkansas, instead of farming all of our Arkansas-educated homegrown talent to other states that are offering film incentives – like Georgia, Oklahoma, Alabama and Louisiana. This is not about Arkansas giving money to outside companies, it is about employing Arkansans in Arkansas with outside money.

There is a $4 million cap on Arkansas’ new film tax credit. In the instance that another project like True Detective comes along, there will be the continued option to utilize the existing rebate (funded through the Governor’s “Rainy Day Fund”) to supplement the $4 million capped credit but, only after the DF&A has ensured the cost of the incentive will be recouped by the tax revenue brought in by the film production, meaning it would be at minimum, revenue-neutral.

For filmmakers and production companies in Arkansas already familiar with the rebate process, there will be a learning curve navigating the process of selling the tax credit. For ease of use, the Arkansas Cinema Society plans to continue to provide support in understanding the new process and the benefits of the newly added film tax credit incentive.

ACS is developing a toolkit to give productions the resources and contacts they need to be able to navigate the new process. Stay tuned by following ACS on Facebook, Twitter, and Instagram, and sign up for our newsletter on our website at: www.arkansascinemasociety.org.

Detailed below for ease of comparison are a few nearby and/or comparable states that have created sustainable film economies with successful film incentives that have proven to be a net positive for both the state and the production companies. 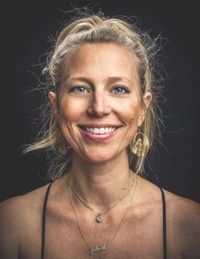 Kathryn Francis Tucker is a proud Little Rock native and 6th generation Arkansan. In 2017, Kathryn founded the Arkansas Cinema Society with founding board members former Governor Mike Beebe, Mary Steenburgen, Jeff Nichols, and Graham Gordy - to name a few. Kathryn serves as the executive director of the non-profit organization that works to nurture the new and existing film talent within Arkansas through educational programs, year-round screenings and the ACS’s annual film festival, FILMLAND.