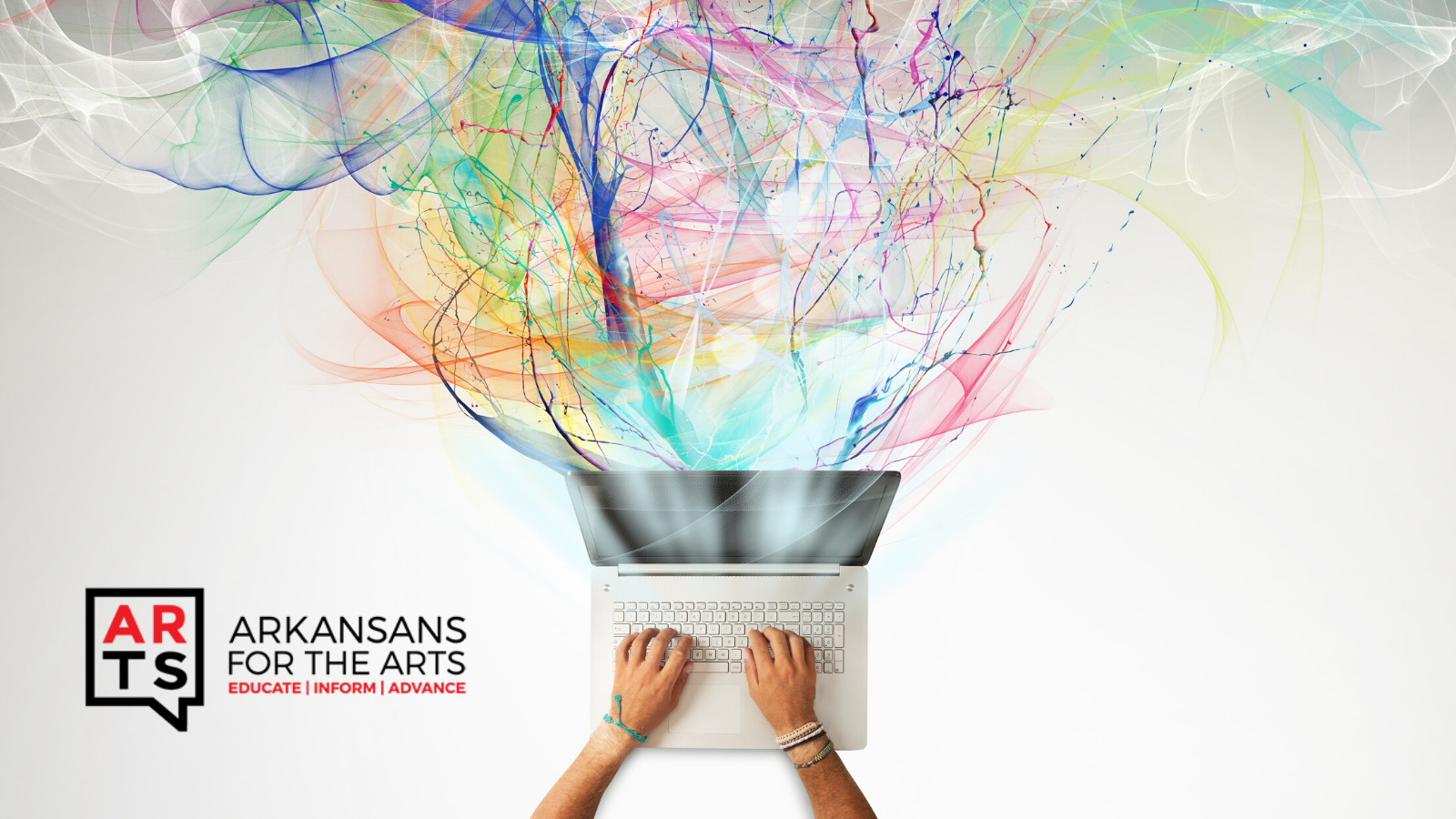 Arts and culture have been a defining aspect of humanity for centuries and, in this time of crisis, provide moments of uplift and joy for many and a lifeline for the isolated, especially elders. Thanks to almost two decades of data tracking, we can now prove that arts and culture are also an economic engine. This so-called “Creative Economy” adds value to the national Gross Domestic Product of over $877 Billion, yes with a B, to the economy and is the third largest sector coming in behind retail trade at number two and health and social assistance at number one. In Arkansas, Arts & Cultural Production has a value added of $2.9 Billion dollars to the Gross State Product.

Why bother with these data when most of us glaze over reading these reports? The first reason is that governments around the world responded to the Covid-19 crisis by including economic support for the arts. Some responded because they can see the inherent value and some because advocates hammered home these data and were able to make the case that the arts are a huge part of the national economy. The second reason could be of particular value in Arkansas as we emerge from this crisis—quality of life.

The Arkansas data indicates that, from 2015 to 2016 Arts & Cultural Production grew 3% and from 2016 to 2017 it grew an additional 3% compared to a Gross State Product growth of 1% and 2% respectively. The Arts & Cultural Value Added to the Arkansas economy grew by 9.6% between 2013-2017, compared to the state’s GDP overall, which grew by 8.0% during the same time. The growth in Arts & Cultural Production is the tip of the creativity iceberg as these numbers do not include many creative occupations such as tattoo artists, the culinary arts, and one of my favorites: craft brewers.

When we look at quality of life, Arkansas has the opportunity to emerge as the attractive location for artists and creatives. Low cost-of-living and high natural beauty could easily attract creatives currently shuttered in cities. Barriers such as materials sourcing will have been solved as we learn how to get just about anything delivered to our door. Distribution channels are already running full throttle for movies, music, dance, and more and new conduits will emerge as we creative thinkers innovate. One lesson: Arkansas does need greater broadband capacity!

How do we support our creative thinkers and position Arkansas as a great place to relocate? Say it and pay it! Tell your creative friends, neighbors, and colleagues that you are glad they choose to live in Arkansas and vote for legislators who support the arts (yes, there is a legislative report card). Put our money into it. A recent survey of UCA college arts majors indicated that only 18 % of these students are planning to stay in Arkansas after graduation and a whopping 59% may or may not stay depending on the job opportunities. 23% of these respondents are planning to leave the state. We need more arts internships, post-graduation job opportunities, and an overall environment that appreciates the contributions of our creative thinkers.  Arkansas is for ARtists!

We need greater funding for arts internships and jobs. How can this be justified when we are in the middle of this health crisis? We must think about the future. Germany’s culture minister, Monika Grütters, stressed the importance of working to save their creative people, “The creative courage of creative people can help to overcome the crisis. We should seize every opportunity to create good things for the future. That is why the following applies: artists are not only indispensable, but also vital, especially now.”

The economic future of our state and country relies on creative thinking. The skill set that comes from the arts spreads across every economic sector. Ask your friends and family who are coders if they were in band in high school or if they currently play an instrument. Every one of the coding geniuses in my world was also a musician. OK, this is an admittedly small sample but, the research indicates that students who study the arts achieve greater success in non-arts STEM fields. Think about it, the same attributes apply for playing an instrument and coding: practice, precision, and persistence. In music, if you hit the wrong note it is painfully obvious. In coding if you hit the wrong key nothing works.

We cannot afford to lose our creative thinkers. The CV19 crisis will pass and it will take everyone to build a new vision for Arkansas. Over two years ago, Arkansans for the Arts began working with the concept of arts infused into the traditional economic sectors of Health, Education, Agriculture, and Tourism or HEAT. Think about the relief the arts have brought during this crisis through videos, Facebook concerts, and social media seen around the world. Additionally, as we become homeschool teachers, the arts are part of every elementary school lesson and the content coming from PBS is extraordinary. These creative products didn’t crop up overnight, the musicians, art teachers, animators, and videographers—to name a few—have been at their craft for years and at this moment of crisis the content was ready to roll.

If we proactively build a welcoming environment for creatives and add that to our quality of life attributes, Arkansas could emerge stronger than ever. It is possible to imagine the Creative Economy kicking into high gear as this crisis passes. Arkansas ranks as the 15th most generous state in America even as some of our neighbors rank near the bottom. Arkansas has a lot to offer and we creatives can easily imagine a future where we retain talent and invite people from across the country to come and be part of the creative economy.